BTO Site Analysis for Woodlands Spring and Marsiling Grove (May 2017)

Last month, Woodlands was dubbed by the Ministry of National Development as the “Star Destination of the North”. Plans were announced to revitalise this town – a long overdue makeover, we think. Some of the highlights included an expansion of the current town centre, a new healthcare complex and a connector that will link up Woodlands Central to the waterfront. We think things in the north side of the country will look a lot like what Punggol is now and seeing how vibrant the latter is today, it’s going to be a good thing. The entire renewal project will be implemented within the next five years, which is approximately the time needed to build the BTOs in this latest HDB launch (May 2017). So you will be there to reap the benefits early if you decide to pick a flat in Woodlands. There are two BTO projects in Woodlands in this launch, Woodlands Spring and Marsiling Grove. Besides the new amenities coming up, another advantage of picking a Woodlands flat is how affordable they are compared to the other ones in the launch. There are also 3-Gen units available under Marsiling Grove. Here’s a look at how much a unit in Woodland Spring or Marsiling Grove will cost:

Here are where the projects will be located: 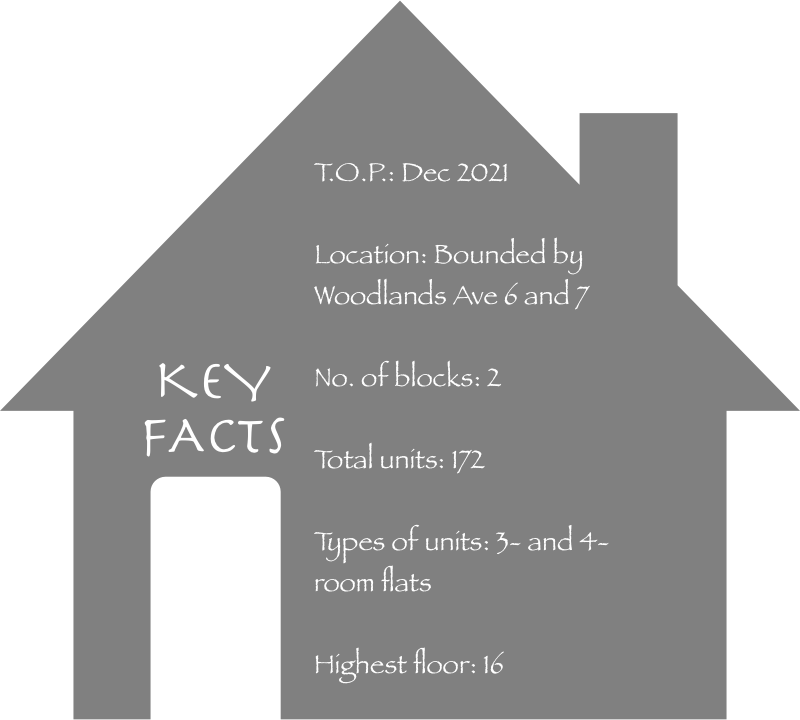 Our team visited the site over the weekend. Here’s how the actual site looks: [panorama360 is360="false" src="https://reno-live.s3.ap-southeast-1.amazonaws.com/uploads/blogs/panoramic-02.jpg" src_width="2295" src_height="550" style="height: 350px; margin-bottom: 20px;"][/panorama360]   Woodlands Spring is located along Woodlands Drive 60, next to a cross junction. Directly opposite the site is Woodlands Mart, a neighbourhood centre with a supermarket, a childcare centre and a food court. It’s also surrounded by other residential buildings on all sides. The distance to the nearest MRT (Admiralty Station) is a 10-min walk. There are existing bus stops (Blk 786 CP and Blk 722) in front of the site. Buses in these bus stops are 913 and 964. There are also several primary schools in the vicinity, the closest one being Riverside Primary School (6-min walk) and Admiralty Primary School (6-min walk). 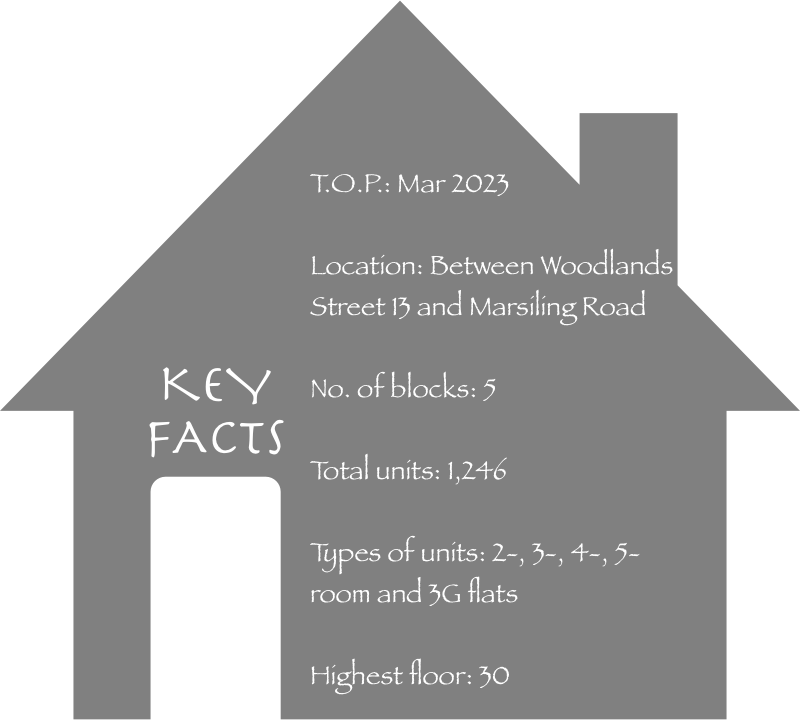 Here’s how the actual site of Marsiling Grove looks: [panorama360 is360="false" src="https://reno-live.s3.ap-southeast-1.amazonaws.com/uploads/blogs/panoramic-01.jpg" src_width="2482" src_height="550" style="height: 350px; margin-bottom: 20px;"][/panorama360]   Marsiling Grove is a larger development and it’s located relatively close to the Woodlands Checkpoint (approximately a 15-min walk). You can see it if you’re standing at an elevated height. The project is sandwiched between a future residential development and Marsiling Secondary School. A small water body is close by. It's also near the Woodlands Town Park. We noted that the area, set atop a hilly ground, is relatively quiet and private, although we saw several new BTOs already being built in the area so the neighbourhood is set to get a bit more crowded. A mega childcare centre, PCF Sparkletots Large Childcare Centre was also recently opened. Located at 9 Woodlands Street 12, it is approximately a 10-min walk from Marsiling Grove. The project is also bounded by small roads like Marsiling Road and Woodlands Street 13, with existing residential blocks along Woodlands Street 13. It’s an approximately 10 to 15-min walk to Marsiling MRT, the nearest station to the development, and a 20-min walk (6 minutes if you drive) to Woodlands MRT. There is an existing bus stop, along Marsiling Road. It has only one bus, 913.   In addition to the surrounding amenities, we’ll be analysing both BTO projects based on several other attributes.

These units in Woodlands Spring are the ones that don’t face the western sun, which means they are the most cooling. Click on the image to expand. These units at Woodlands Spring enjoy relatively unblocked views e.g. they don’t face a neighbouring block or other developments. Blk 799B: 127^!, 129^ Blk 799A: 115^, 117, 119# #This stack is near the lifts. ^These stacks are located near gathering spots and activity zones such as the adult fitness station, children’s playground and the elderly fitness station. *All stacks are near the main road, except for 129. !Note that this unit is slated to have a shop unit underneath the block.

The following stacks are situated next to the two main roads, Woodlands Ave 6 and Woodlands Drive 60. During our site visit, we noted that more vehicles passed along Woodlands Ave 6 compared to Woodlands Drive 60, which is a smaller road. The former is also where the bus stop is located. Here are the noise levels along Woodlands Ave 6, taken from an approximately six-storey height. We believe noise levels will be higher during peak periods. So go for stacks that are not located right next to the main roads. We also suggest picking units at Blk 799A if you prefer more peace and quiet. Avoid these units if you wish to avoid noise from the traffic: Blk 799B: 127!^, 133# Blk 799A: 115^, 117#, 119#, 121 #These stacks are near the lifts. !Note that this unit is slated to have a shop unit underneath the block. ^These stacks are located near gathering spots and activity zones such as the adult fitness station, children’s playground and the elderly fitness station. Other things to note for Woodlands Spring:

These are the most cooling stacks in Marsiling Grove. These units don’t face the Western sun.

For homeowners who value their privacy, opt for these units that are away from lifts and have little chance of people walking past your corridor. 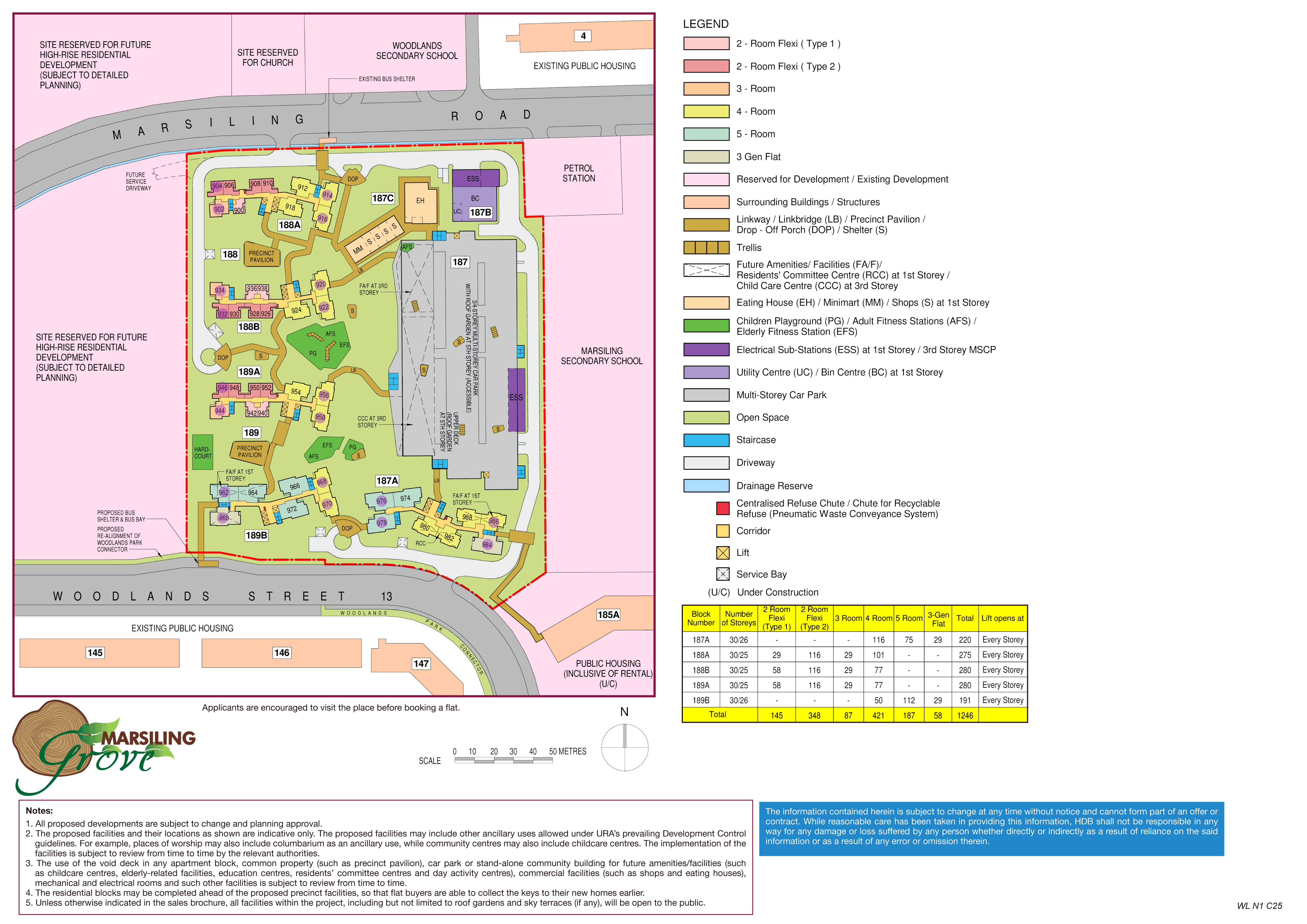 Our site visit has shown that Marsiling Grove is located within a relatively quiet neighbourhood. However, we visited during the weekend so it might be a different situation during the weekday. In addition, Marsiling Grove is also located near the Woodlands checkpoint, so roads might get congested with vehicles entering and existing from the checkpoint. Furthermore, the Marsiling Grove site is located next to quite a few schools (Marsiling Secondary School, Marsiling Primary School and Woodlands Secondary School). So roads might also get quite packed during dropping off and picking up hours. We took a noise level check along Woodlands Street 13, and noted that it has relatively little traffic. Avoid these stacks if you don’t want to hear the traffic noise. Are you curious about the progress of a certain BTO? Anxious to find out what yours looks like right now? You can try to locate yours in this list.

Disclaimer: All dimensions are estimates only and may not be exact measurements. Floor plans from HDB. Design: MET Interior Living Room #1. Swap the ready-made TV console with a custom made version Design: Icon Interior Design The TV console is one of t... There were two Tengah BTOs launched during the Nov 2021 sales exercise, both of which are located at Park district in this new forest town. We delve into both d... The sites for Nov 2021’s Hougang BTOs, Tanjong Tree Residences and Hougang Olive, are in similar vicinity to Hougang Citrine, which was launched back in Aug 202... Nov 2021 BTO: Analysis for River Peaks I and II at Rochor

The pilot projects under HDB’s Prime Location Public Housing (PLH) scheme, River Peaks I and II are one of the most anticipated BTOs for Nov 2021. We take a loo... 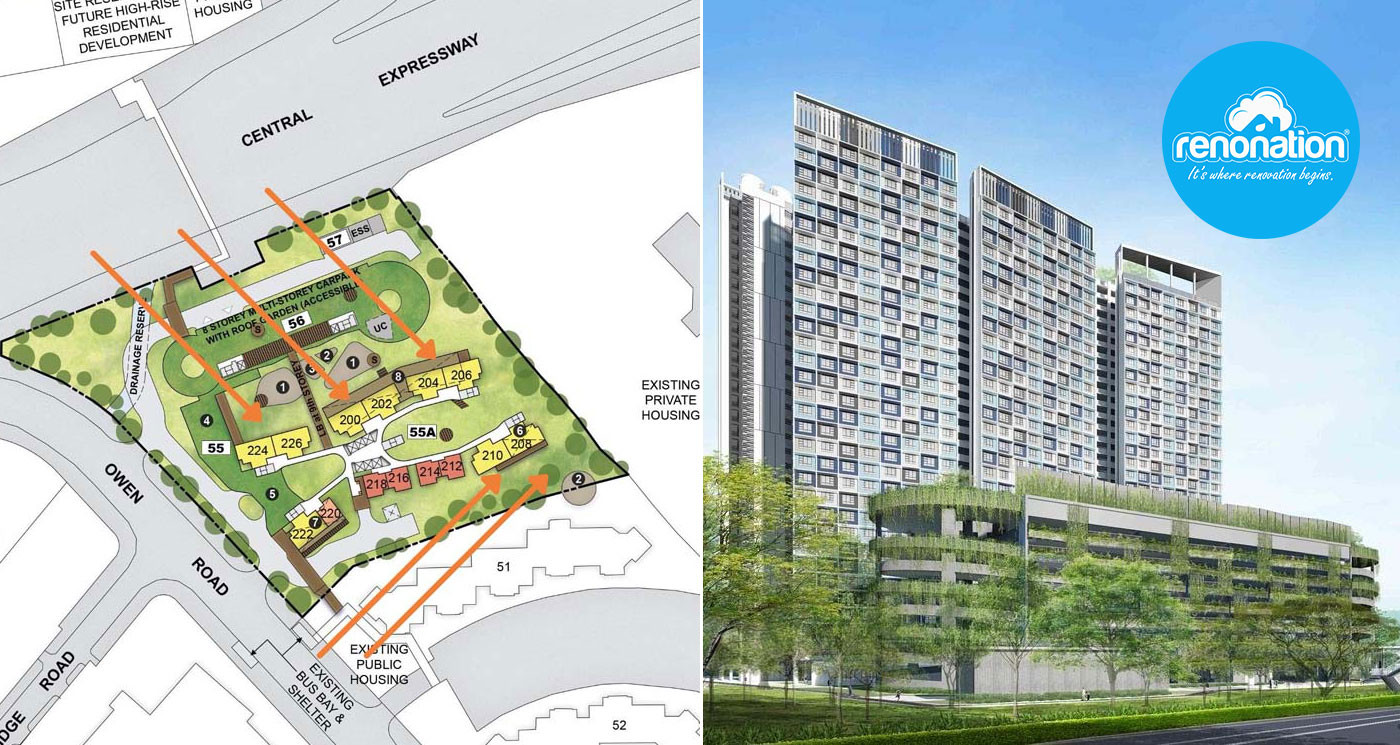 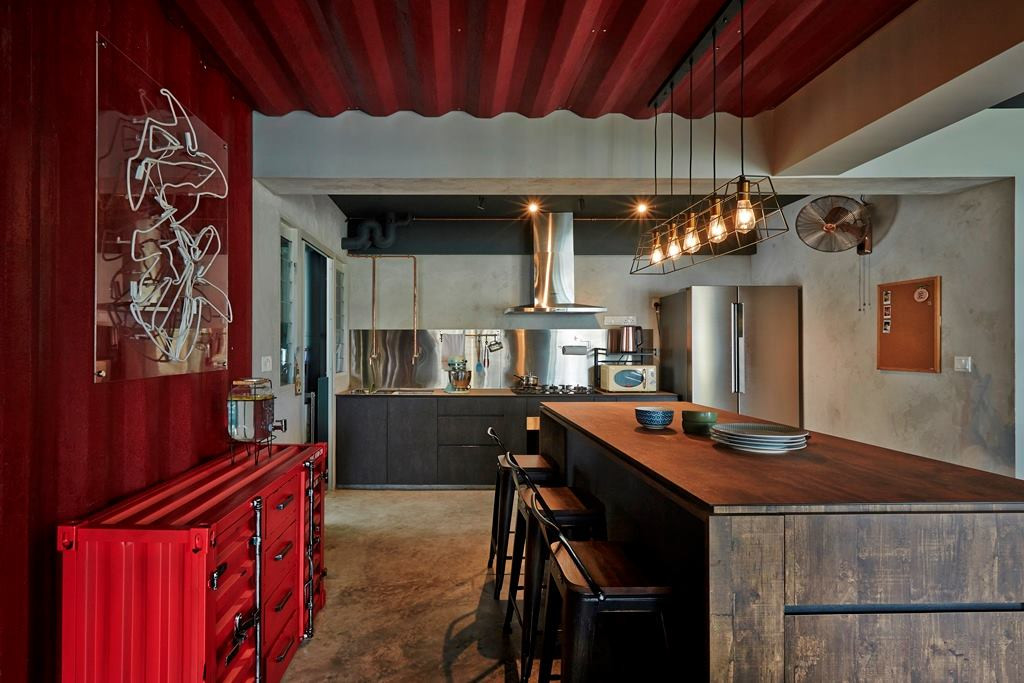 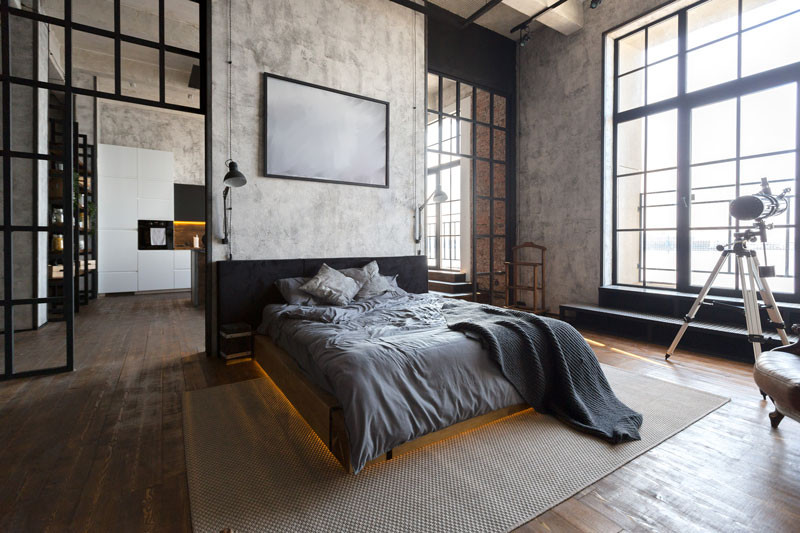 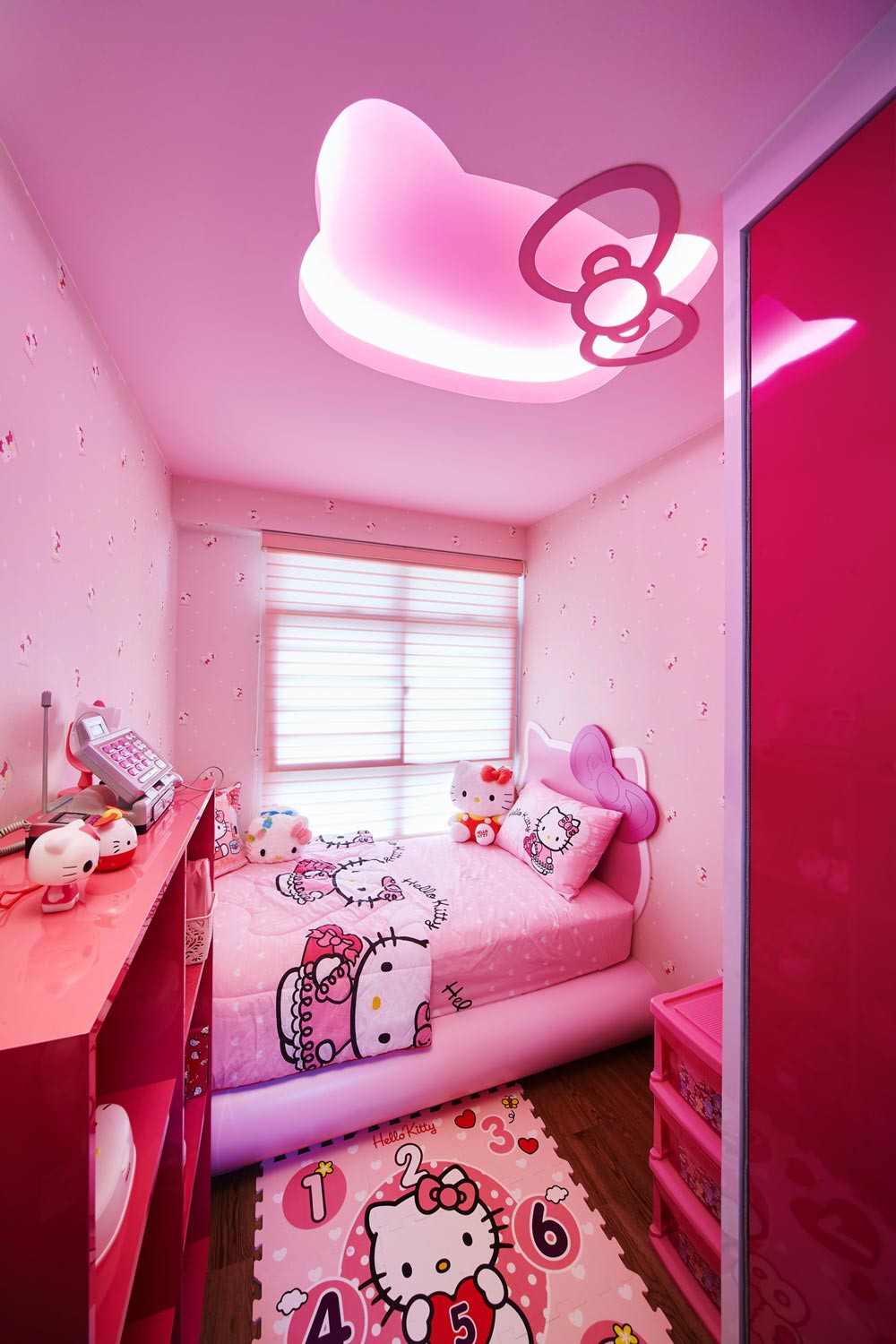 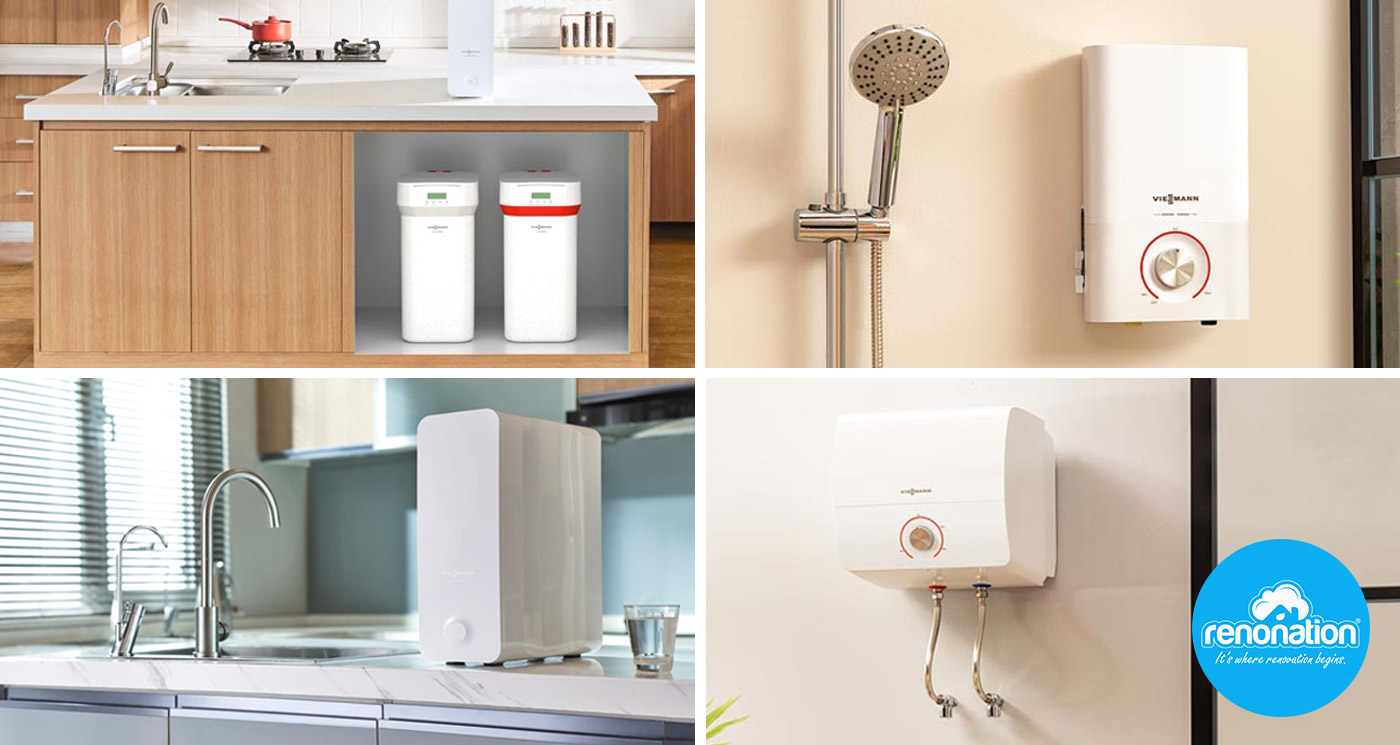 What to Consider When Buying a Bathtub